Home » Health and Beauty » Hiccups, causes of hiccups and how to stop hiccups fast 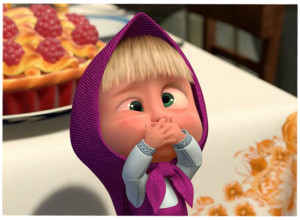 Hiccups – a reduction in the form of spasm of the diaphragm, causing the air to escape and the vibration of the vocal cords. This discomfort is generally not longer and disappears after be drunk a cup of cold water.

Hiccups recognized by the characteristic hoarse sound causes a spasm of the diaphragm, with the resonance of the vocal cords in the throat.

Phenomenon is based on stimulation of the phrenic nerve (the nerve which provides motor innervation of the diaphragm), which causes hiccups. The reasons may be different excitation, including: digestive disorders, nervousness, swallowing disorder, hiatal hernia, alcoholism. Recall that indigestion, too hot or too “sharp” drinks can cause hiccups. Sometimes hiccups can be caused by diseases such as pleurisy, pneumonia, gastritis, pancreatitis or inflammation of the esophagus, in which the diaphragm is irritated or phrenic nerve.

There are many tricks to stop hiccups: holding your breath, slow exhalation. You can drink a glass of cold water. If hiccups associated with impaired digestion, it is possible to drink sodium bicarbonate (baking soda). Usually hiccups passes itself. If it takes too long, is desirable to consult a doctor, who may prescribe antispasmodics or more specific treatment.

9 ways to get rid of hiccups

To get rid of the hiccups, it is necessary to stop the spasms of the diaphragm and esophagus. This can be done either by distraction or by breathing techniques. Usually this is enough.

When you do not pass the hiccups, you take a lot of effort to make it disappear. You are focused on your chest and consciously prestressing diaphragm. But, straining and trying to suppress the next expected you hiccups, you only complicate the situation. Below, we encourage you to more accurate techniques.

Examination must take place in the following cases:

If you have very often there is a hiccup or attacks its delayed a long time, your doctor may prescribe a x-ray after taking a mixture of barium in order to identify any obstacles in the esophagus. To eliminate hiccups, which is permanent and is not associated with any mechanical obstacle in the esophagus, the doctor may prescribe certain medications, depending on what your related disorders.

An interesting fact is that Charles Osborne of Anton, Iowa, United States, began to hiccup in 1922. He led a normal life, was married twice and had eight children, and hiccups stopped in 1990. (Guinness World Records).